Oh, the humiliation! The guilt! The shame! It is all weighing on me too much, and I have to confess.

Last weekend I spread a piece of fake news.
Can I ask for a little clemency? After all, I did not compose the item of fake news. All I did was retweet a fake news tweet. And, this being my biggest claim to mercy, I did not realise at the time that it was fake, and when I did realise it was fake, I un-re-tweeted it. Thankfully my twitter following is so minimal that only two people had passed it on, although, and this is the kind of horror that keeps me awake at night, after them it might have been spotted by a social-media superstar, and had its virulence magnified to the proportions of an epidemic.

In other words, there is no defense. I am guilty as hell. I may as well be on the Kremlin payroll.

Please, let me complete my confession before the stoning begins.

The tweet in question included an image of a quote from Trump’s inauguration speech, and another from the animated film “Bee Movie”. Except for one word, the two were identical, The text of the tweet read, “Ha ha! He stole this from Bee Movie!” (I am getting paranoid about accuracy now, so I have to say that these were not the precise words of the tweet. But I am pretty sure, and I admit I’m only working from memory here, that I do have the general tone of the tweet roughly correct. I could search it out and display it here, but then that screen-shot will be the image that appears when I share this confession on Facebook, and then the fake news will be spread even more!)

I admit that in the moment I saw this tweet, I honestly believed it could be real. After all, didn’t Trump’s speechwriters once lift a chunk of a speech from Michelle Obama? (I am honestly asking, because I should also admit that I have not personally fact-checked that piece of news.) Anyway, that is what I remembered, and I could easily imagine the sort of inept dingbat speechwriter that might end up in Trump’s employ, finding that quote on the internet and feeling that it was perfect for the inauguration speech. I was not at my critical-thinking best when I saw the tweet. I do not remember what I was doing. Maybe I was making coffee. Maybe I was being a negligent parent. Maybe I was on the toilet. Who knows? I saw it, I liked it, I pressed “Retweet”.

Ten minutes later I thought, “That was a bit far-fetched, wasn’t it? I should really check if that was true.”

And do you know what I did? I looked up Trump’s inauguration speech on the BBC News website (because you have to trust someone). And there it was, exactly the quote in the tweet! I relaxed.

Another ten minutes passed. Ok, it might not have been ten minutes. It could have been twenty-three. I am fairly confident that it was less than an hour. Anyway, it was an appreciable amount of time before my brain fully grasped the situation. “I should check the script of Bee Movie as well!”

That sounded trickier, so I did the next best thing: I googled the quote. Needless to say, I found a flood of articles with the title, “No, Donald Trump did not quote Bee Movie!” (Damn it, I am being sloppy again. The articles all had slightly different titles, and it is possible that none were exactly what I just wrote. I am really sorry about this.) 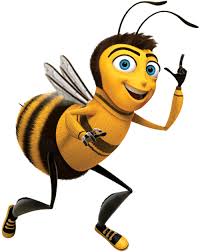 One of the articles I clicked had a link to the script of Bee Movie as supporting evidence for their refutation. Now that I was being more vigilant, I felt that I really should click on the link, and search through the script. Then I should find some alternative source to make sure that that really was the script — after all, some nefarious Trumpster could have made a website with the script on it, and simply deleted the offending quote.

But that would have been a lot of work, and with the original story in doubt, the easiest thing was to simply un-re-tweet, and try to get on with my life. I have to admit that it has been difficult.

You might think that I am making too much out of this. After all, it was only a joke tweet, and since we all know that Trump is a lying, cheating, bullying scumbag, it did no harm; in fact, anything that denigrates that degenerate is a good thing.

But you are wrong. (I am feeling much better, now that I can transfer my guilt to you.) The truth matters. Distorting the truth, hiding the truth, pretending that truth does not exist — that is what the bad guys do. If we are against the bad guys, then we are for the truth. If that means forgoing a few jokes, then that is a small price to pay.

A while ago, I wrote some pieces about the filmmaker Errol Morris, and his angry defense of Truth — and his indignation at the (pseudo-)intellectuals who think that there is no such thing as truth. Theirs’ was a moronic game that could not be defended even in the name of entertainment; their cause was not only intellectually vacuous and incoherent, but also thoroughly dull.

It was also dangerous.

Now the anti-intellectual louts of the political world have picked up on the idea, and turned it into a weapon against all of us. The extra sickening twist is that we are the medium through which they transmit their contagion. Through social media sharing and liking and tweeting and plus-one-ing, the lies that go viral are, quite literally, a virus.

What can we do about it?

The honest truth: I do not know.

The least we can do is Click with Care. Do not share a news story unless it comes from a major news source, and you have verified that it appears on multiple major news sources, and it comes with evidence. Sound difficult? Good — you can feel like you are working hard for the Resistance! And while you are at it, castigate any friends who share fake news, especially — especially! — if it supports your opinions.

Do it now! Start today!