Review of Janna Levin's "Black Hole Blues and Other Songs from Outer Space," published in the June 2016 issue of Physics World.


In February, gravitational waves flooded the global public consciousness, thanks to the announcement that the Advanced LIGO detectors -- two supersensitive space-time microphones – had picked up the distortions in space and time produced when two black holes collided over a billion years ago. This marked the first direct detection of gravitational waves, just under 100 years since Einstein predicted their existence. For all but a handful of experts and onlookers, this announcement must have come out of nowhere. In reality, the LIGO experiment was conceived 40 years ago, and as we learn in Janna Levin’s Black Hole Blues, its subsequent history was often tortuous, with grand dreams, deep science, and enough cursing-and-spitting drama to sustain the very worst of daytime soaps.


Levin’s book was written before the big discovery, and apart from an epilogue added after she was apprised of the detection last December (two months after it happened), it reads as a teaser-trailer for the breakthrough we used to dream of. She sketches out LIGO's colourful history interspersed with a personal tour of key locations. Along the way we are treated to evocative portraits of black holes spiralling into each other, neutron stars sweeping out their lighthouse beams, and supernovae exploding.

The focus is on three of LIGO's prime movers, Rai Weiss, Kip Thorne and Ron Drever. Three plus one: there is an interlude for Joe Weber, who claimed to have detected a gravitational wave back in 1969. He is unanimously described as "tragic". His tragic flaw: he refused to accept that his claims were wrong. It did not kill him (although a man crushed under his own bar detector would not be out of place in this wild story), but it destroyed his reputation. The epithet "tragic" also hangs over Drever. Described at one point by Weiss as "off the wall" and by everyone as "impossible", he was eventually shunted from the centre of the project. Anyone with a passing knowledge of LIGO history, waiting to hear about the guy who was locked out of his own lab, will not be disappointed. They will not, however, take much pleasure in the drama. Levin paints all of the characters sympathetically. They are all brilliant. It was their human qualities that made them strive so hard to build LIGO, and it was the same qualities that brought them down.

For the human story, I fully recommend Levin's book. It is much shorter than Harry Collins's definitive Gravity's Shadow (~900 pages, plus sequels), and more enjoyable than Marcia Bartusiak's dry and somewhat premature Einstein's Unfinished Symphony, which was published in 2003. Levin limits the narrative to a small cast of characters (with Weiss as her chief hero), and as much as that might rankle the 1000+ other scientists involved in the LIGO, Virgo and GEO projects (myself included), her choice captures the essence of the story and keeps it moving. And it is a story worth telling, at the very least for those 1000 scientists. The vast LIGO and Virgo collaborations were formed after Levin’s main historical account ends, and most of their members will know little of this history, beyond rumours of a few of the “highlights”.

Another wise choice for a popular account is the tourist treatment of the experiment itself. We are given a sense of its size, its complexity, and the raw detail of a massive working apparatus -- there is a lot of talk of mouldy air in the tunnels and pesky varmints to be cleaned out of the vacuum tube. Laborious attempts to explain power recycling, multi-stage suspensions, and null streams belong elsewhere. LIGO is an incredible human endeavour, and Levin captures the human labour involved. 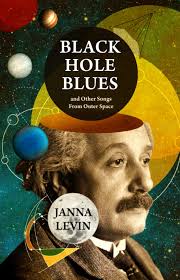 Nonetheless, I would have preferred a more thorough book, twice as long, twice as tight, and more fully researched. In the slim six pages of notes at the back, I count interviews with less than 20 people. Levin’s account of Weiss's early career is based entirely on his own words, drawn from interviews and liberal quotations from the California Institute of Technology’s Oral Histories archive. (Now that is a resource I can whole-heartedly recommend: oralhistories.library.caltech.edu.) It’s the usual story: I wasn't very good, I didn't know what I was doing, I was very lucky. Would his professors and fellow students say the same? We don't hear from them. This "Aw shucks, I dunno how I got this Nobel prize" stuff is standard fare in a scientist's self-mythologizing, but a historian (or even a scientist moonlighting as a historian) should do better.

The focus on LIGO also contorts the history. We are already well into the beginnings of the painful Rai-Kip-Ron collaboration in the 1980s before we hear about Joe Weber's detection claim from 1969; at this point, the narrative skips back 15 years. Observations of the Hulse-Taylor pulsar in the 1970s confirmed that gravitational waves exist -- surely a key point in the case for building a gravitational-wave detector! -- but are described only after Levin writes about a crucial National Science Foundation presentation in 1983. This is messy and confusing.

Levin is a theorist, and revels in the romance of black holes tearing their way through space-time. She works hard to wrest striking imagery from the science. I expect I'll steal a few phrases for my next public talk, but by the end of the book the black-hole mallets beating the drum of space-time had begun to beat the prose purple, and I had to retreat to a comforting stream of actual numbers to recover. (Among these, I note that the black holes in the binary we observed did not orbit "very nearly at the speed of light". They barely reached a fifth of it.)

The first detection of gravitational waves marks the beginning of a new era in science, and its history is already one of transformations: of detectors from table-top experiments to kilometre-long observatories, and from individual scientists to crowded collaborations. But it is far from over, and while Levin's account is fun, the topic deserves more. Reading this history, it seems that the miracle is not that LIGO worked, but that it was built at all. How did these apparently bumbling dreamers pull it off? We only get a glimpse of the answer. It is too soon to expect a truly great book on LIGO, a counterpart to James Gleick's Chaos (also the tale of an emerging field), or Kai Bird and Martin Sherwin's American Prometheus, or even a proper insider account, like Jon Butterworth's Smashing Physics on the story of the Higgs. I look forward to reading such books. In the meantime, Black Hole Blues will do.

TV
Doctor Who (and links therein)
War and Peace
Wormwood
Posted by Mark Hannam at 08:12