Career advice I gleaned from Errol Morris, for what it's worth

I have been having serious doubts about my choice of vocation.

In fact, the very foundations of my career are crumbling beneath me.

The cracks should have been apparent in my recent posts. Not that anyone was kind enough to warn me.

A review of the facts.

1. I have confessed that I decided to study theoretical physics after I read Stephen Hawking's "A Brief History of Time" as a high-school student. Hawking's book taught me some science that was so astounding and wonderful that I was inspired to embark on a career trying to master it.

2. On other occasions I have argued that popular accounts of science can be deeply misleading. You think you have been handed the simple truths behind seemingly complex ideas, but that is merely an illusion. Scientists on screen, stage and page may successfully massage their egos, but they teach you nothing of substance.

3. Errol Morris, who directed the excellent film of "A Brief History of Time", apparently agrees with me. When making his film he concluded that, "There are many places you can get a good account of general relativity and quantum mechanics, but a movie theatre is not one of them." Damn right! He felt the same about Hawking's book. "If you tried to learn about this material from the book I believe you would be either sadly disappointed or totally delusional." You tell 'em, Errol!

I was in the "totally delusional" category. And it was in this state of total delusion that I chose how to spend the next 25 years of my life. Or maybe, depending on how this ends, the entirety of it [1].

The appropriate reaction to this discovery was, of course, angry disbelief followed by an attempt to discredit the source of my troubles. I absolve Hawking of any blame; he is certainly no less deluded than I. No: the focus of my ire is that bastard Morris. What right does he have to tell me that my life choices were groundless? Were his own professional decisions so much better?

At first sight, a resounding No.

My initial research uncovered a slacker and a dolt, not to mention a weirdo.

He was kicked out of graduate school. Any sensible person would have realised that they had dodged a bullet with that one, but not Morris -- he just enrolled in another. He did not study there, though. He spent all of his time hanging around a local film archive. You might think, "Ok, he was going to end up as a film director, so that's fine." Not so fast. They lumped him in with all the deadbeats and dirty old men in raincoats. The archive's director remembered, "There were a bunch of regulars and a bunch of eccentric regulars, and Errol was one of the eccentrics. I often had to defend him to my staff…"

Then he decided to make a film. (Or a book. Or a tone poem. He was not sure.) His subject? Ed Gein, the real-life inspiration for the film Psycho -- a mass killer, cannibal, grave robber, and amateur taxidermist, whose home furnishings were upholstered with human flesh and skin. Morris spent years interviewing Gein, and assorted nut-jobs who were equally fascinated by him, and a collection of the many other members of the quaint psycho-killer industry that had grown up in Gein's home town of Plainfield, Wisconsin. Morris's mother made feeble attempts to give him some good advice. "Errol, can't you spend more time with people your own age?" His response was, "But, Mom, some of these mass murderers are my own age."

The best story in this saga? Morris befriended filmmaker Werner Herzog -- hardly a model of conventionality himself -- and they decided that one of the most intriguing questions about Gein was, Did he rob the grave of his own mother? The only way to be sure was to dig it up themselves. Morris and Herzog made a date to do just that. Herzog was there, at the appointed midnight, ready with his shovel. Morris, the loser, did not turn up.

After that Morris decided to make a film about a pet cemetery. Herzog scoffed that if he ever finished it, "I will eat my shoe."

I would like to note that, at this point, a career in theoretical physics does not sound quite so absurd. 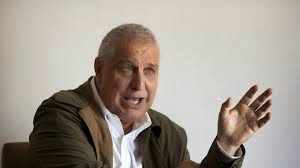 But wait. Morris did finish his film. Hardly anyone saw it, but one of those who did was Roger Ebert. He considered it one of the ten best films of all time. Twenty years later, he estimated that he had watched it around 30 times, and it "has given me more to think about over the past 20 years than most of the other films I've seen." [2]

Hmmm. Perhaps we should take a closer look at Morris's earlier history of outlandish failure. Back to Wikipedia.

His first graduate school, it turns out, was Princeton. Unfortunately, "his antagonistic relationship with his advisor Thomas Kuhn … ensured that his stay at Princeton would be short."

I beg your pardon? Thomas Kuhn? The legendary philosopher of science, who made famous the notion of the "paradigm shift"? The go-to guy when a scientist wants to sound like a true intellectual? The man whose slim volume "The structure of scientific revolutions" sits unread on every serious scientist's bookshelf (including my own)? Surely this was merely a piece of confused over-enthusiasm by a devoted -- or deluded? -- fan.

It was true. Morris has written about it. Not only was he Kuhn's student, but he knew how to punch a gaping hole in the great man's second-most-famous idea. He drove Kuhn so crazy that this legend of calm analytical reasoning one day attacked him at the Institute for Advanced Study. Kuhn threw a chunky glass ashtray at him. Morris could not believe it was happening. "Wait a second. Einstein’s office is just around the corner. This is the Institute for Advanced Study!!”

He then went to study philosophy at grad school number two, a little backwater called Berkeley. That did not work out, either. "Berkeley was just a world of pedants. It was truly shocking." I think I can give him the benefit of the doubt on that one.

So where does that leave me? Was I "totally deluded" when I chose my career based on teenage enthusiasm for a slim bestseller? And was Morris even more deluded, when he dodged a flying ashtray from Thomas Kuhn or spent months holed up in Plainfield, Wisconsin, talking every day with mass murderers? A man who is now regarded as one of the world's greatest living film directors?

It is perhaps fitting that a man who has devoted his career in equal parts to cataloguing delusion, confusion and deception, and to an unshakable determination to uncover the ultimate truth beneath them, should lead me to a modest epiphany. You might find this disturbing, but I think it is what makes life rich and beautiful. It is this.

The choices you make between the ages of 15 and 25 will determine the direction of your entire life. And they are guaranteed to be ill-informed, impetuous, and based on an understanding of the world so naive that it will look like you have taken decision-making instruction from Pinocchio. You will march off into the future, either confident and determined, or confused and hesitant, but either way without the faintest idea what you are doing.

And that is great. If it was any other way, life would be dull.

That does not mean it will work out well. You might end up in poverty, in prison, or in misery. You might end up a psychotic mass killer. You could even end up in academia. Let's face it, the chances that you will end up as, for example, one of the world's top film directors, are vanishingly small. But since you have no idea what is going to happen anyway, why not naively believe that you will, and take it from there? Or not -- it does not matter too much either way.

If you are young and quavering in the face of your future, this may not be especially comforting. But it has made me feel a lot better.

Previously: A brief history of time (the film)

Next: Of knowledge, truth, and quasi-local mass

1. Don't give me any of that "It uncovered and inspired your passion for science" guff. I had no idea what any of it meant. I thought I was going to solve the mysteries of the Universe. I could just as easily have been duped into joining a seminary.↩