Part 7: The Magical Kingdom of Science

Many serious scientists have refused to believe the scandal of Professor Prick. I like to think that has changed, since I published the stories of his postdocs, his rivals, his old boss, and, most damningly in the context of the current scandal, his fellow PhD student. Of course, his many enemies could have made all that up; none of those people have come forward to testify openly. Even Dr. Boss, who is easily identifiable from the public record, refused to have his name included on the statements he sent me, and has been unavailable for comment since departing on a hiking adventure in Thailand.

But I can't delude myself that those stories have made much difference. The evidence has spoken for itself. What I've published has only helped people reconcile what they've heard in the media with their prior image of a scientific genius.

Now Prick is truly finished, and I can dare to tell the basics of the story.

I'm supposed to be at a conference in Fullerton. But, can you believe it -- my physics department has an account with the Disney Corporation! So I directly charged my grant for a three-day pass to Disneyland. I arrive early before the crowds and ride all the famous rides. Then I retreat to the Blue Bayou restaurant inside the Pirates of the Caribbean, to write up Prick's story. I like the atmosphere in here. It's night from 8am until 11pm, with moody lamp lighting. The periodic screams of Pirates riders being waved down into the darkness by Captain Jack Sparrow always makes me smile. It reminds me of the trajectory of Prick's career. 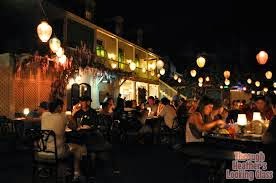 Prick crossed a line that is so deeply built into every scientist that few are even conscious that it exists.

Scientists get away with a lot. The professional, selfless image that they portray bears no resemblance to how some of them behave -- not all, but some, and always more than you would guess.

You can bully your students, you can exploit your postdocs, you can steal ideas, and there are all manner of opportunities to block and trip up your rivals: peer-review, panel membership, or just lies whispered into the right ears. You can exaggerate the importance of your work, and you can selectively choose the data to publish to put it in the best light, and no matter how obvious and blatant this is to your colleagues in the same specific niche of the same sub-topic of the same sub-field, those five people know that this is simply an opportunity for them to perform a better experiment, a more careful analysis, or a more rigorous calculation, and get some glory for themselves. In the end none of these screwy tactics will do you the least harm -- in all likelihood, they'll send you straight to the upper echelons of the scientific establishment.

But there is a limit. You never make up results. You never allow yourself to be caught in a direct lie. For anyone with a modicum of trickster talent, there's no need to. How hard is it to identify the hot topics, hire an expert postdoc or two, badger them into producing some half-convincing half-interesting results, and write them up as the latest breakthrough? Not hard at all.

It was too hard for Prof. Prick.

His latest postdoc had been producing impressive results for the last three years. It should have been enough to get the guy a tenured professorship of his own. But, although he had written thousands of lines of computer code to perform complex and subtle calculations that yielded high-impact results, his program relied on a set of numbers from a preliminary calculation of a separate physical effect. That first step was Prick's specialty, and Prick had his own program to produce those crucial initial numbers. As you might expect, Prick kept that program to himself. Whenever the postdoc wanted to perform a new calculation, he had to tell Prick the details of his new physical configuration, and then Prick would reply with the appropriate starting numbers.

The postdoc tried to read the relevant papers and understand how to perform this preliminary calculation himself. But the papers, beneath a veneer of precision and detail, turned out to explain nothing. The relevant sections of those papers were of course written by Prick.

The current prominence in the field of Prick and his postdoc was based partly on the stark difference between their results, and those of their strongest competitor.

Now the competitor had made public the simple code that produced their own initial numbers. The postdoc discovered that, when he used that code and those numbers, then he produced the same results as their competitor. The high-profile controversial results evaporated -- and the only difference was in the initial values, and those came from Prick.

The postdoc was about to challenge Prick with his discoveries, but then he had a better idea. He hacked into Prick's computer file system and looked at his code.

He had worked for Prick for three years, and he thought he knew what a vile creature he was. But even that didn't prepare him for what he saw.

The code was full of incomprehensible and apparently irrelevant calculations. Then, deep in the bowels of labyrinthine subroutines and function calls and auxiliary program files, there was a function that contained the following comment: "Guess of input values (write code later)". Then a list of apparently arbitrary numbers. These corresponded to the input values for each and every one of their published calculations.

The postdoc acted immediately. Everyone in the physics department hated Prick, and it was easy to solicit help. The computer system administrator made a copy of Prick's entire file system, including of course the dud program, and, of equal importance, time stamps of the date each file was last modified.

Then the postdoc went to Prick and told him of the public code, and how its input values changed their results. Prick didn't show the slightest visible concern.

The next day Prick announced that he had found a small bug in his code, and now his initial numbers were different. They weren't identical to those of their competitor ("since I perform my calculation in a different way"), but they were very close.

"This is extremely interesting," announced Prick. "It changes everything. We should write a paper!"

The postdoc and the system administrator went back into Prick's computer. The competitor's public code had appeared, along with output files for each of the published cases, and the results from each of those files had been added, with a few digits changed, into a new list in Prick's old "code".

The postdoc immediately accused Prick of fraud. The system administrator provided evidence of the dud program (old and new) on Prick's computer.

Prick tried to squirm his way out of it, but the postdoc had prepared carefully. Prick had many enemies, some of whom had excellent media contacts. The story exploded.

Prick has been fighting this for months, but in the end his defence has boiled down to nothing more than, "How can you believe that a world-renowned scientific genius would do such a thing? Only an idiot would perpetrate so stupid a fraud."

In the final analysis, everyone agrees with him.

As I mentioned in a previous post, he travelled this week to a conference at Stanford, where he was due to deliver a plenary lecture. His lecture has been cancelled.

I emailed him and asked to meet.

So it's time to say farewell to Disneyland, but my adventures in that other Magic Kingdom of academia will continue a little longer. I've rented a car to drive north from Fullerton to Palo Alto. I'll take the coast, past Malibu, Ventura, Santa Barbara, then on up to Big Sur. It will be ten hours on the road, but I have those classic playlists from Dr. Boss to keep me company.

I can't wait to hear what Prick has to say.

While I'm on the road, here are a few of Dr. Boss's personal suggestions for my visit to California. When I brought up Hotel California and California Girls, he just glared at me. "Listen to whatever the hell you like," he snarled. "Anything but `Going to California'. I hate Zeppelin!"