I agreed to meet Prof. Prick the next day at the Palo Alto Freebirds. I got a room at what I hoped was a cheap dingy motel, the sort of place where you expect to be guaranteed at least one shooting and two drug busts every night. But this was Silicon Valley: the rooms were immaculate, and I paid $150 for one night. At least Freebirds was only a five-minute walk away.

I half expected Prick not to show up, but there he was, waiting for me outside the door.

He was short and bulky. He wore jeans and an A&W root beer t-shirt, and chunky glasses. He didn't look much like a guy who two months ago was said to be in the running for a Nobel prize. He also didn't look like a guy whose career had just detonated. He declined to shake my hand. 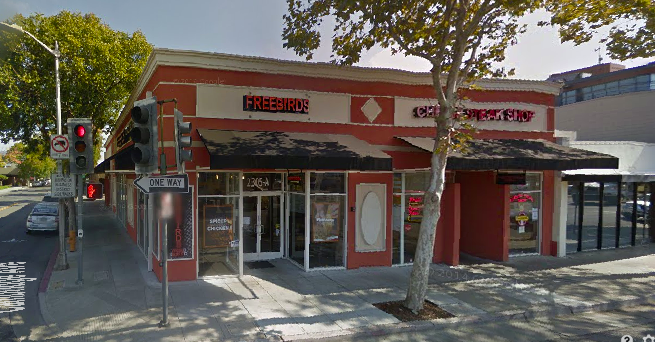 We went inside and stood in line to order food. He recommended the standard burrito with pork carnitas. There was no need to start trouble so soon: I did what he suggested. He also chose all of my toppings for me, but I watched to make sure he didn't include any deadly hot sauce. I ordered a Negra Modelo to drink, for moral support. He got a lemonade.

We sat down to eat.

I unwrapped the foil off my ridiculously large burrito, and took a first messy bite. A wad of it spilt down my shirt.

"Yeah, that always happens the first time," he said. Very kindly, I thought. "It's good, huh?"

"It's great," I said, because I think it was. I can't be sure. I wasn't at my most culinarily observant, and my memory is shot.

For a while we ate.

Finally he said, "Aren't you going to ask me anything?"

"I thought you were just going to deliver a heartfelt apology," I replied. Talk about a kamikaze interview technique!

His cheerful face froze and went dark. He leaned forward and pointed his lemonade at me straw first.

"Look," he said. "I don't have a single thing to apologise for. You'll say I shouldn't have made up those numbers…"

"Or bullied and mistreated your students and postdocs…"

"I didn't steal results. That paper from Dr. Rival? He didn't know what he was doing. If someone else presents an idea and I see a way to improve on it, I'm free to do so. In fact -- it's my scientific duty."

"So he says. Look. I get lots of papers to referee, and grant applications to review, and I read lots of preprints, and I go to lots of conferences. And do I make my people work on every crazy topic I hear about? No. Because I can tell which ones are crap, and which ones have some potential. Do my postdocs know that? Do my students? Do they hell! I point them in the right direction, and I crack the whip, and they hate me for it, but you know what? Without me they wouldn't get anywhere. I'm the one who gives them a career."

"By making yourself first author on all their papers?"

"The papers are the backbone of my reputation, and it's my reputation that gives me the clout to write recommendation letters that get those guys a job. And they get the job every time. All the good people I've worked with got jobs."

"Apart from the ones who quit?"

"Losers are losers, no matter how much you help them."

"You're getting away from the made-up numbers." I was amazed that I kept so cool. I showed him how cool I was by nonchalantly spilling more of my burrito. Then I tried to take another sip of my beer, and spilt that as well.

"I'm too busy to waste time coding up some lousy integral. I needed something to get that lazy fucker working. And if he'd been better, he would have double-checked the part I did, too.

"And besides, what harm did it do? Our results gave our competitors the motivation they needed to finish up and publish. They were pissed, and they pulled their finger out. And now yet another research problem is solved."

"All because of you?"

"Damn right! What more do you want?"

I rattled off a preliminary list. "Honesty, integrity, decency…"

"Fuck you! You think getting rid of me is some big win for science. Well I'll tell you what it is: it's a loss. Whatever contribution you've made, and all your friends and and all your collaborators, and everyone you can think of -- that little plus for science is more than cancelled out by the big fat fucking *negative* of pulling this stunt on me. I hope you're proud of yourself."

I would have been, but I had to say, "It was hardly me who did it."

"It was your kind. The losers with the cartoon view of science. The nobodies."

"Thanks for the encouragement," I said. "At least I have a career ahead of me."

I had a feeling I wasn't going to get any further with my burrito.

He certainly knew how to insult me. "New Zealand," I corrected him.

"Right. Go back there and get a job somewhere. They have McDonalds, don't they?"

Somehow he had managed to absorb his burrito and lemonade while he ranted at me. A real professional. Now he wiped his hands and stood up. "It won't be long before I'm back. But you, my friend: you're finished."

I might have sounded pretty brave in that conversation, but of course I made some of it up. And however tough I did manage to sound -- my memory is pretty much shredded, I'm afraid -- I was a wreck inside. When I got back to my room I was shaking all over. I couldn't think. I couldn't eat. I couldn't sleep. I certainly couldn't work.

I took a look at my email. There was a message from a student. "I was going to take your computational physics class this year, but they told me it's been cancelled."

So it really was true -- I was fired.

I checked my Fellowship budget. There was still some money left. I looked up flights to New Zealand. The balance in my account easily covered a flight. In fact, there was just enough to go Business Class. Sure, why not! I booked it, SFO -> AKL -> WLG.

After a Business Class flight to Auckland, I was feeling a little better. Or maybe I was just drunk on the complimentary champagne. The flight arrived before dawn, as they always do, and I trudged in the dark along the little path from the International Terminal to the Domestic Terminal.

It was strange to be back, after all these years. One Tree Hill no longer had a tree, and the band that sang about it were no longer cool.

During the short flight to Wellington I wanted to look out of the window and gaze down on some mountains and fields and feel like this was all for the best. But there were only clouds. It wasn't even the mythical long white cloud -- it was just a grey expanse, like they have everywhere else on planet Earth. 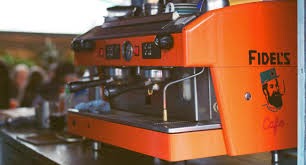 I plan to stay for a while with friends in Wellington. But unlike me, they all have jobs, and I can't meet up with them until late in the evening.

In the mean time I'm sitting here at Fidel's cafe on Cuba St, filling out forms for the unemployment benefit.

I've just taken another look at my email. There's a new message from the head of department in the UK -- he really does desperately want to talk to me.

Fine. It's 8pm now, which means it's 9am in the UK. What the hell. Let's see if the wifi here can handle a Skype call. Stay tuned, and I'll let you know what happens.


"One Tree Hill", as it appeared on the NZ music countdown show, "Ready to Roll" in 1988 -- beating out Belinda Carlisle, Billy Ocean, and Kylie Minogue. Those were the days.