Bangalore was a lot of fun, but my visit was obviously engineered entirely by my old friend, so that I could meet Prick's old rival. It was time to move on. Besides, after nearly a month in this vegetarian's paradise, I was in dire need of a good steak.

As luck would have it, last week I received the following email, and my culinary situation quickly changed. You'll see why in a moment. The email's author was one of Prick's early employers. He was Prick's boss on his very first postdoc. Here's the email:

I am disgusted by your tawdry smear campaign. You should be ashamed of yourself.

The man you so casually deride is a true genius. Of all the people I have ever worked with, he was by far the best. I am proud to say that he was truly my protege. He absorbed everything I taught him -- and then improved on it.

You have described his aggressive tactics with his postdocs as if they were a failing. Wrong! The days are long gone when a brilliant scientist sits meekly in his office and does clever calculations. If it was ever true. Today that's not even a tenth of what makes a great scientist. A great scientist is a leader.

This will offend your soft-headed sensibilities, but a great leader in science is a dictator. They are a slave-driver. I'm sorry, but that's how it is. Students and postdocs will only achieve if they are driven, and driven mercilessly. If their supervisor drives them to produce great results, then he himself is a great scientist. Full stop.

His ungrateful postdocs should be thanking him. Instead they complain that they're not first author on a paper. Disgraceful!

I looked this guy up on wikipedia. No wonder he was feeling protective -- he had been the "victim" of a scandal of his own.

It was in the early 2000s. He had spent three years illegally downloading music from the internet. Fast internet wasn't so easily available in those days, and he took advantage of the university's high-speed T3 connection. He also stored his vast collection on a set of hard drives purchased with his grant. When the record companies started prosecuting music pirates, he was one of the first they came after. 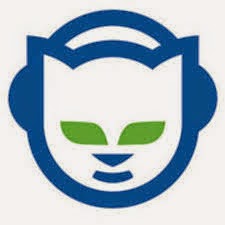 Back then music piracy was considered a potent threat to the very fabric of modern society. It was big news. He was in equal part vilified by the academic community, and elevated by students to cult notoriety for the exceptional quality of his Indie playlists. (I'm listening to one now.)

It was a huge embarrassment to his university. He quit his job.

But the really interesting thing: Professor Prick was hired as his replacement. And the rumour was that Prick had engineered the whole thing.

So why the email of passionate defence?

I emailed back to ask if I could speak to him. He replied, "Sure, if you happen to be in Argentina. I'm on a horse trek through the pampas."

Argentina! What better place to find a perfect steak! I arranged to meet him in Corboda the next week. 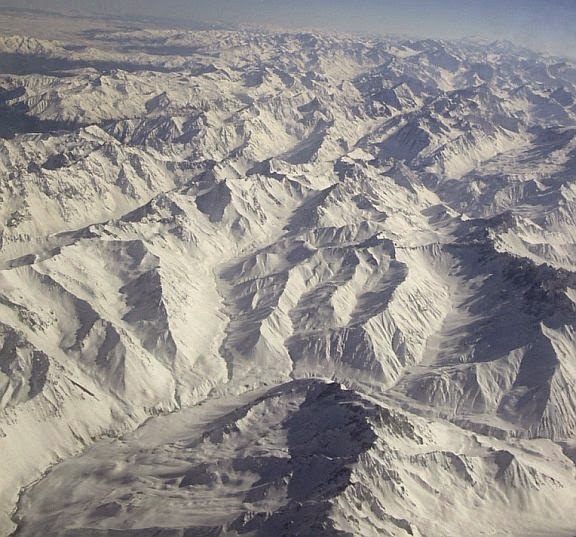 What a journey -- more failed sleep in aeroplanes, more gin, and more in-flight movies. I guessed that for my flight across the Andes I wouldn't be treated to a screening of "Alive", so I watched it before I left. Result: definitely no sleep.

I met "Dr. Boss" at a charming restaurant in the countryside outside the city.

Straight from a week out on the grasslands, he looked more like a gaucho hero from Borges' envious imagination than an ex-physicist and Indie-music fanatic. He was bursting with tough-guy good humour powered by an engine of dangerous energy. "I recommend the cabrito," he said. He nodded towards a goat, splayed out over a fire. It looked like it had been tortured on the rack, and having failed to provide sufficient information, it was now to be burnt at the stake. My companion looked like he'd administered the torture himself.

"I'll stick with the steak," I replied. The finest steak on the menu and the fanciest bottle of red wine cost in total less than a train-station ham sandwich back in the UK. We ate and drank very well indeed.

Towards the end he was buzzed enough to tell me his story of Professor Prick.

"Oh yeah, he snitched on me. He tipped off the RIAA to all my downloaded music. Then he warned the physics department what was happening. They didn't care about losing me. They were only worried about all the grant money I brought in. So they did a deal to hire my even more successful protege in my place."

"You don't seem too upset about it."

"Of course not!" he roared happily. "It was a brilliant move. I would never have thought of it -- that boy is a genius! And what did I care? In a month I was hired into a high-level consulting job. More pay, more influence, and I never had to teach one of those brainless undergraduates ever again."

"And what about his latest troubles?"

"Ha! There's no way he did what they're saying he did." He chomped on the last of his cabrito and took a final swig of his wine. "He's too good for that. Too smart."

He pushed away his plate and wiped his gloriously greasy face with his napkin. "Why don't you ask him yourself?"

I gaped at him.

He cried, "Do you want to get to the bottom of this or not? Don't be a wimp! He's talking in Stanford in two weeks. Go. Face your enemy. Find the truth."

I half expected him to punctuate this exhortation by stabbing his knife into the table. Instead he sat back and belched.

Fine. Next week there's a meeting of my own field in Fullerton, near LA. I'll go, and if my nerve holds, carry on to Stanford. Then I'll get the real story from the man himself.