As much as our idealistic little scientist brains would rather not admit it, there do exist in the world very intelligent people who are scornful of the standard conclusions of climate science. A perfect example, and the original motivation to start this series of articles, is the Australian writer Clive James.

Clive James is most famous as a 70s television reviewer turned 80s television personality, and you might wonder why his opinions on climate change are of any concern to us. But his exploits as a critic extend far beyond the little box. He has written essays on literature, culture and politics that have been collected in 16 books, including his 2007 Cultural Amnesia, made up of 106 mini-essays of reflections on the lives of people ranging from Dick Cavett to Adolf Hitler, from Tacitus to Terry Gilliam. He has written five memoirs, four novels, nine books of poetry, and last year completed a translation of The Divine Comedy. He is, personal appearance and self-deprecating remarks to the contrary, no slouch. 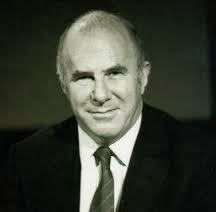 I have admired Clive James since I was an impressionable teenager, and the impression couldn't have been deeper if he'd driven over me with a truck. At the time he was at the height of his celebrity, beaming out of the old cathode-ray tube in the corner of our living room, in a show that in one incarnation had the characteristically self-aggrandizing and cleverly twofold title of Clive James on Television. The voice that came out of this balding fat suited man was unlike anything I had heard before. As a New Zealander, I had grown up inculcated with the expectation that I would never hear an Australian accent applied to complete sentences, let alone sentences quite this large, delivered with a droll gleefulness that inflated them until they enveloped three distinct ideas and finally burst into four separate punchlines. As always, YouTube can take you back to the good old days.

But the television wasn't what turned me into a disciple. That began where any appreciation of Clive James should begin, with the first slim volume of his Unreliable Memoirs. This virtuoso comic performance recounts his youth in postwar Sydney up until his departure to England, where he would remain, a fact that helps infuse the whole enterprise with a moving undercurrent of nostalgia and longing. It is a rushing succession of tales of being a child terror, and of a childhood terrorized, by killer snakes, scout leaders, unattainable girls and pathological boys, and at one point a barbed-wire fence that will have every male reader involuntarily clenching their knees in horror. Then the young CJ goes to university, and his voracious consumption of higher culture begins, starting with the student newspaper, which he fills with his own articles and poems, and he even writes the bulk of the reader's letters, which are devoted to arguing over the brilliance of the articles and poems.

It feels perverse to place this book in that yawner category of "growing-up-slash-coming-of-age". I devoured it when I was 17, when I fit into that category myself, and bits of it are so deeply burnt into my worldview that I probably think I came up with them myself. Or the other way around: I sometimes suspect that every opinion I have on art and culture derives directly from a perfectly crafted CJ sentence grafted deep into my cranium.

I read Unreliable Memoirs in the summer before I went to university. I liked it, but assumed it had no more effect on me than any other book I read. When the semester began I rushed onto campus, all summer reading long forgotten, ready to begin in earnest my undergraduate study of physics, and went straight to the offices of the student newspaper to sign myself up. I informed them that I would write television reviews. It seemed like the most natural thing for me to do. The most natural thing for you to do right now would be to slap your forehead very hard.

My CJ enthusiasm continued. He remained an excellent guide to culture. His best essays, which ranged across history and politics as well as the arts, were a miraculously choreographed combination of entertainment, education, and analysis, with a moral streak sharper than that infamous piece of barbed wire. An easy example is his essay on Albert Speer, which I first read in a copy of Snakecharmers in Texas that I discovered incongruously shelved on my brother's bookshelf amongst a solid collection of Wilbur Smith [1]. You can read it now on CJ's website, where you can also find the excellent series of video interviews that he recorded in the late 90s. He claims that this was a pioneer effort, long before YouTube, and I'm in no position to argue. They were certainly the first of their kind that I had ever seen. If you watch Clive James and Martin Amis gush together over Philip Roth, you'll probably do exactly as I did, and find that you've been introduced to another great writer you should have known about all along [2].

Clive James has often stated that one of his goals is to act as a guide to a young person's interest in the arts, and in that sense he might consider me an ideal satisfied customer. Except that now he has weighed in as a climate-change skeptic, and his loyal fan is reluctant to follow along.

Since 2011 James has suffered from leukemia, and does not travel far from Addenbrooke's Hospital in Cambridge. I was in Cambridge for a conference two weeks ago, and I thought of stopping by Addenbrooke's to pay him a visit. But I assumed they would not let me in.

"What about a fan with misgivings?"

"Definitely not -- listening tires him even more."

Without the opportunity to bore him with my views on his views, I will have to bore you instead.


Next: Postcard from delusion.

Notes.
1. Even clearer examples are the more recent articles on honour killings and anti-Semitism.↩

2. For those who do not have thirty minutes of procrastination time written into their employment contracts, you'll be pleased to know that the relevant discussion is at the very beginning of the programme. But if you want to stick around for the bit about Amis's father's wonderful characterization of Joyce, then you'll have to find yourself another job.↩